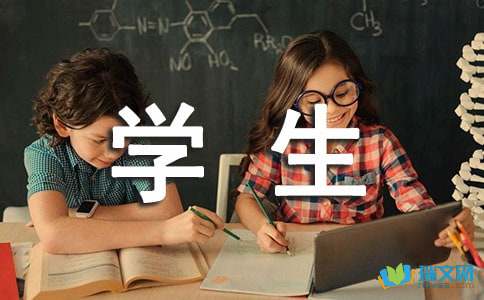 "Happy new year, happy streets.". New year's day finally arrived. In the evening, our family sat on the table and had a reunion dinner.

The dishes for dinner are really rich: Tangyuan, roast duck, hairy crab, hotpot and other delicacies. The strong smell makes my mouth water.

I ate with great relish. It's really delicious!

The Spring Festival is an important festival for our Chinese nation. We should stick spring couplets, set off firecrackers, keep the year, pay New Year's greetings, etc. Different nationalities have different customs.

On the first day of the new year, my father and I were sitting in our car and walking on the newly built road. Although the wind was harsh, they were still very happy. When I got to grandma's house, I got a big red envelope after a year's worship. I thought to myself: I'm rich this year! Then I paid a year's worship to grandma's neighborhood.

Then I came to my uncle's house, which is like the heaven of books. There are stories, science and art After eating at uncle's house, I received red envelopes and some books. I want to digest some books a little bit. I'm so happy to come to uncle's house!

I'm so happy this year. It's a happy Spring Festival!

People on the street are in a hurry. They go home in packages and small parcels. The vendors also hang red couplets and lucky characters. On New Year's Eve, many people are very busy. Many people who go to work in other places return home with large packages of new year's goods.

My favorite Spring Festival Gala has finally started, and my mother's meal is almost ready. WOW! It's finally the day! We'll start eating right away. I first sandwiched a cabbage dumpling, which was very delicious. Then my mother sandwiched a Seafood Dumpling for me. I shook my head: "Mom, I don't like the taste!" my mother asked me to eat it, but also said with a smile, "this dumpling is the sweetest!" I took a bite, and saw a piece of fruit sugar in my mouth. It's sweet and sour. It's delicious! If I eat the dumpling with sugar, I will be lucky this year Happy and sweet. Unconsciously, the new year arrived, and we cheered.

I was woken up by the sound of firecrackers in the early morning of the first day of junior high school. Firecrackers are fired and fireworks are flying in the sky. Everyone's laughter and cheers add to the atmosphere of the new year. The busy streets become deserted. The traditional Spring Festival is like this year after year. Generations pass on generations of people

The Spring Festival in the countryside is really lively.

"In the sound of firecrackers, the spring breeze warms Tu su." In a few hours, we'll be a year older. In the evening of new year's Eve, in addition to a family reunion dinner, there is another important thing, of course, to watch this year's Spring Festival Gala.

At eight o'clock in the evening, I was setting off fireworks when my grandmother suddenly called out, "Spring Festival party begins." So I quickly ran up from downstairs, ran to the TV immediately, and began to watch the Spring Festival Gala. It's a pity that the first program is over.

The second program is "sky blue" sung by song Zuying, a singer. I think the tune of this song, together with the landscape pictures in the background and the performances of a small number of famous people on the stage wearing beautiful costumes and singing and dancing, makes me feel at home.

I like to watch the Spring Festival Gala because it is the wish of all people. It is the end and beginning of the year.

This year is the year of the pig. After eating dumplings with my parents, I can't wait to watch the Spring Festival Gala. Ah, great! The host came on stage dressed in costumes, various programs were brilliant, the stage lighting was brilliant and changeable, the applause and laughter were endless, people were happy, and the taste of the year was full. I love you, Spring Festival Gala!