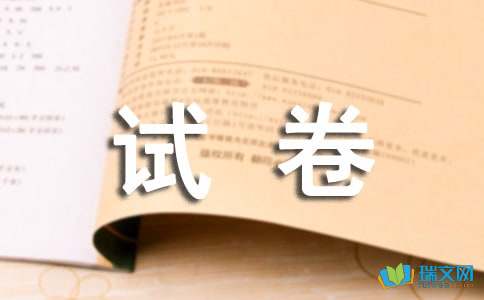 Annie, a neighbor’s daughter, was away for her first semester at college this school year. She is a very sweet girl but just a bit shy. When her birthday came around, I found out she was feeling a bit .

Her family is quite poor and are tight, so there wouldn’t be any birthday visitors. I wanted to her a card and maybe a small gift to her day a bit. I got her school from her mom and planned to pick something up. Then I got a(n) !

I perhaps a bit more birthday cheer was needed here. I bought some balloons, birthday hats, and novelties at a store. I took a small and asked three other people in my area at work to “Happy Birthday” and send some birthday wishes to her. It was such fun making the recording! Other people what we were doing and their voices, so it really sounded like we had a party going on!

Then I bought her a small present and a card as planned. The real fun was packing them to be sent. I everything so it was like opening a mini birthday party! At the last minute I added a pack of cupcakes and a box of birthday candles sending them off. I got a call a few days later．Annie said her roommates and one of their neighbors in the got together with her and held a party for her the moment they arrived. She sounded so and I was so glad that she had some friends to her special day with.

It was such an easy and thing to do. The people who helped me make the tape still laugh and talk about it. And Annie me it was the most fun birthday she would remember!

A 24-year-old Long Island man was charged early Thursday morning after crashing his car and killing his girlfriend while driving over the speed limit. Kevin Daly 21 (sentence) to nearly three years in prison after losing control of 22 partner Alice Hicks’ car on a country road 23 80mph. She was a passenger in the Mini-cooper and was thrown from the car 24 he crashed into another vehicle 25 (move) in the opposite direction. Daly, 24, denied causing 26 (die) by dangerous driving and was found guilty by a jury (陪审团) at Taunton Crown Court. The court heard that neither Daly 27 Miss Hicks, 22, was wearing seatbelts at the time of the collision that happened on November 17, 20xx. NBC New York reports Kevin Daly, was driving on County Road 83, when the road was blocked by a truck that was waiting 28 (turn) right. Witnesses described 29 Day had little or no chance of stopping behind the still traffic and he turned to avoid the van 30 hit a Mazda on the other side of the road..

In the first film, Crocodile Dundee, Mick is visited by a New York reporter, Sue Charlton, who travels to Australia to investigate a report she heard of a crocodile hunter, who had his leg bitten off by a crocodile in the outback. The hunter supposedly walked more than a hundred miles back to civilization and miraculously survived his injuries. However, by the time she meets him, the story turns out to be a somewhat exaggerated legend where the “bitten-off leg” turns out to be just being some bad scarring on his leg; a “love bite” as Mick calls it. Still intrigued by the idea of “Crocodile Dundee”, Sue continues with the story. They travel together out to where the incident occurred, and follow his route through the bush to the nearest hospital. Despite his old-fashioned views, the pair eventually become close, especially after Mick saves Sue from a crocodile attack.

Feeling there is still more to the story, Sue invites Mick back to New York with her, as his first trip to a city (or “first trip anywhere,” as Dundee says). The rest of the film depicts Dundee as a “fish out of water,” showing how, despite his expert knowledge of living outdoors, he knows little of city life. Mick meets Sue’s boyfriend, Richard, but they do not get along. By the end of the film, Mick is on his way home, lovesick, when Sue realizes she loves Mick, too, and not Richard. She runs to the subway station to stop Mick from leaving and, by passing on messages through the packed-to-the-gills crowd, she tells him she won’t marry Richard, and she loves him instead. With the help of the other people in the subway, Mick and Sue have a loving reunion as the film ends.

1.Which of the following statements is true about Mick

A. He is a crocodile hunter living in Los Angeles.

B. He is based on a real person in Australia.

C. He got his nickname because of his job.

D. He wrote a film series about himself.

A. pretends he was bitten by a crocodile

B. urges Sue Charlton to write his life story

C. hasn’t been abroad before his trip to America

D. shows Sue Charlton around the town he lives in

A. makes friends with Richard

B. makes full use of his bush skills

C. feels excited about living in a big city

D. doesn’t know how to fit into city life

A. a romantic story B. an action movie

Silk production has a long and colourful history unknown to most people. Scientific discoveries have shown that silk production existed in China from around 2500 B.C., although it could be much older. For hundreds of years, China kept the secret of silk to itself as one for the most closely protected secrets in history. Anyone revealing the secret of silkworms or trying to take silkworm eggs out of ancient China was punished by death.

At one time silk was reserved only for the Chinese emperor. Gradually, others began wearing silk. In addition to being used for clothing, silk came to have industrial uses in ancient China, something that happened in the West only in modern times. Silk was used to make musical instruments, fishing lines, weapons, ropes and even paper. During the Han Dynasty silk became a form of money. Farmers paid taxes in both rice and silk. The prices of goods were calculated in lengths of silk just as they had once been calculated in gold. The importance of silk is even reflected in the Chinese language. For example, of the 5000 most common Chinese characters, around 500 have silk as their “key”.

In spite of their secrecy, the Chinese eventually lost their monopoly on silk production. It reached Korea in around 200 B.C. when immigrants from China arrived there. Silk production came to India in 300 A.D.. It was not until 500 A.D. that silk production came to Europe when travellers smuggled out silkworms in hollow tubes of bamboo. These were used to establish silk industry in Rome (modern-day Italy), although Chinese silk was still considered to be the best.

Silk was brought to Rome from China by means of the Silk Road. There were actually two Silk Roads, one over land and one on the sea. The land route in particular had a huge effect in history. All sorts of trade goods ― silver, gold, jade, porcelain ― passed along this road. Ideas travelled the Silk Road too. For example the religion of Buddhism was carried to China from India by traders on the Silk Road. The Silk Road created the first international culture, exposing many people to the ideas and treasures of both Western and Chinese cultures.

1.How was China able to keep the secret of silk production

A. It refused to sell its silk to other countries.

B. Foreigners were not permitted to enter China.

C. The silkworms needed were not able to survive outside China.

D. Chinese passing on the secret to foreigners were seriously punished.

2.Which of the following uses of silk is NOT mentioned in the passage

A. A way of purchasing goods people sold.

B. A material used for making different products.

C. A method of paying money to the government.

D. A valuable gift given to foreigners travelling in China.

3.In what order did silk production spread throughout the world according to the passage

A. quietly traded B. openly removed

5.Which of the following is true about the Silk Road

A. It allowed for economic and cultural exchanges between countries.

B. It made China the most powerful country in the ancient world.

C. It could only be completed by travellers with access to a boat.

D. It was first developed for transferring religious ideas.

Everything written in business reflects the image of the company and the writer. 2. This means organizing ideas well, checking that the language is accurate and that the presentation is professional. Writing successfully is always the result of careful planning.

Before you start writing, you need to decide why you are writing and what you hope to achieve. This will help you decide what to include in your writing and whether to write an e-mail, a letter or perhaps a report.

Meanwhile, think about readers. 3. The structure of what you write can guide readers and help them understand the content of your writing so that they can respond.

While you are writing, you need to think about how you organize your ideas. Writing a report may involve presenting data and linking complex ideas; writing a memo (备忘录) may involve describing a situation and dealing with ways of improving it. You need to understand how to construct paragraphs. 4.

After you have finished writing comes the very important process of revising, checking and correcting.

5. You will find plenty of useful information about effective business writing. In our courses, participants get tools, tips, techniques, job aids, and follow-up resources to help them write better.

B. Assess your skills here.

C. It will help you choose appropriate structures.

D. A range of words can be used to link your ideas.

E. Spelling mistakes should be checked and corrected.

F. So it is very important that writing is done to the highest standards.

I’ve read your advertisement for an assistant teacher for a children’s winter camp.