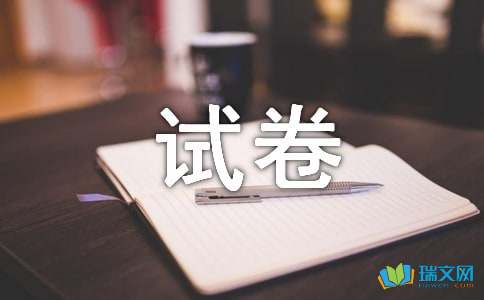 Which book you should read depends on your next travel plan.

If you’re visiting New York City, read the book “The Catcher in the Rye”, which mentions plenty of NYC landmarks.

“The Catcher in the Rye” is a classic tale of a lost teenager’s unplanned trip to New York City. In the novel, Holden Caulfield visits a nightclub in the East Village, goes ice skating in Rockefeller Center, and takes his sister to the Central Park Zoo.

“Midnight’s Children” is a fantastic novel that shows some of the histories of India.

Salman Rushdie’s story begins at midnight, on the night of India’s independence, when the 1,001 children born that hour are found to own magical powers. The book is set during 20th-century India with plenty of magical elements.

Haruki Murakami’s “1Q84” is an adventure that’s perfect for the plane ride to Japan.

Well-known Japanese author Haruki Murakami creates a novel called 1Q84 where nothing feels right and everything is slightly different. Set in Tokyo, Japan, this novel is sure to interest you greatly during your trip.

As you’re traveling around Amsterdam, read “The Fault in Our Stars”. There’s also a film from this book.

Made into a film in 20xx, John Green’s story of two unlucky teenagers includes a trip to Amsterdam. The Anne Frank House and The Rijks Museum are mentioned in the book. Plus, the bench in the film from this novel has even become its own tourist spot.

1.What does “Holden Caulfield” refer to in the passage?

2.Which book may you choose to read if you believe in magic?

A.The Catcher in the Rye.B.The Fault in Our Stars.

3.What is the purpose of the author in writing this passage?

A.To introduce some books to travelers.

D.To explain how a good novel benefits the local tourism.

A young Jewish girl begins a diary just as World War II is about to break out in Europe. She records the details of her daily life, but more than that. Eventually, the diary comes to a heartbreaking end with the girl shot to death by the Nazis. However, it’s not the story of Anne Frank. This isRenia’s Diary, a journal that was hidden for years in a safe box. Now it’s coming to light with the help of Renia’s sister and niece.

For a long time, Elizabeth didn’t even know that her older sister Renia had kept a diary as a teenager in Poland. Then suddenly one day in the 50s, Elizabeth got the diary and started to read it. She was totally stunned and couldn’t get very far. “It was too painful to read it,” Elizabeth recalls. “I just put it in the basement and didn’t think about it.”

Alexandra, Elizabeth’s daughter, grew up knowing about the locked diary. As Alexandra got older, she was more interested in it. “If I could read this diary, maybe I’ll explore some things from the past,” she thought.

She got the diary from its hiding place. When she read it, Alexandra was shocked. “It’s the description of a wonderful girl who showed great courage in terrible times. My aunt’s world comes to life as the diary shifts between a teenage girl’s daily life and the war.”

Elizabeth and her daughter Alexandra are excited that the diarywill be published. “It is a story that needs to be heard now more than ever. We should never repeat the same types of racism(种族主义) and hate that lead to violence,” Alexandra says.

1.Why was Renia’s Dairy unknown to the world for so many years?

A.The story is not as famous as Anne Frank’s.

B.It was lost in the war and no one found it.

C.Alexandra was afraid to read it.

D.Renia’s sister kept it a secret.

2.What does the underlined word “stunned” mean in Paragraph 2?

A.She was curious about her aunt’s experience.

B.She wanted to comfort her mother.

D.She decided to prove how strong Renia was.

4.What’s the best title of the passage?

A.A girl fighting against the racism and hate

B.Renia’s Diary is to come to light

C.Discovering the history of a Jewish family

A large number of India’s urban(城区的) poor kids receive little or no education. Even if they enter a formal school, their dropout rates are veryhigh. Door Step School (DSS) aims tobridge the hugegap between these kids and education.

True to its name, Door Step Schoolsets up a school right at the doorstep of kids who can’t get formal education due to a variety of reasons.

The team at DSS follows a direct model―they set up a classroom in any area, a footpath, construction site, or underpass, where they foresee the greatest need. They look for proper locations, and after making sure that enough resources are in place, they accept students in the area. DSSprovides lessons of different levels. The organizationeven triesto provide classes in the local language, or whateverthe students choose.

Another interesting project of DSS is a school on wheels. It uses a bus that has been changed into a classroom, which holds about 25 kids at a time.

Since it was started in 1988, Door Step School has spread from Mumbai to the neighbouring city of Pune in Maharashtra, covering a larger area and number of kids. Now DSS has a team of more than 1,000 volunteers and teacherswho change more than 70,000 lives each year.

DSS doesn’t end at kids. The organisation educates parents on the importance of sending their kids to school. Its efforts have brought education to thousands of students in the last two decades. Their belief in education for all has not only changed children’s lives but also continued the fight against one of the biggest problems India faces. All children have the right to an education, and DSS is providing just that.

1.Why is the organization named “Door Step School”?

A.It is different from formal schools.

C.It sets up schools in areas with large populations.

2.What can we learn about the lessons provided by “Door Step School”?

B.They include whatever a school can provide.

D.They are easy for kids to learn by themselves.

3.What is Paragraph 5 mainly about?

4.It can be inferred that one of the biggest problems India faces is that _______.

C.children refuse to attend schoolsD.the country is short of teachers

Snow leopards (豹) are so hard to photograph that scientists aren’t even sure how many of these endangered animals still live in the wild.

The Snow Leopard Conservancy(SLC) set up 20 cameras in Russia in 20xx to learn more about the big cats. After a full six months, they had exactly zero picture! That’s when the organization understood they needed help. And the only people who could help them in finding the leopards were the very people from whom they wanted to protect the animals―local hunters (猎人).

Hunting snow leopards is against the law in Russia, but in the terrible climate of Siberia, the few people living there had to turn to poaching (盗猎) to feed their families.

In 20xx,Russian naturalist Sergei Spitsynapproached Mergen Markov, a local hunter, and told him his project. Markov agreed to set up the camera where he knew he would find leopards, and it worked.

Markov, once a poacher, works full time for the conservationists now and has 10 cameras monitoring leopards. “I visit each camera once a month. I have known this whole region since I was a child,” he said proudly.

The World Wildlife Fund (WWF)began working with other local villagers in 20xx. The village would be paid 40,000 rubles at the end of the year if the image of a snow leopard is caught. WWF also rents horses from the villagers so that they do not need to make money by poaching anymore. “Today there are far fewer leopard poachers but leopards still get caught in traps set for other animals, so I have to stay watchful,” said Markov.

Changing guns for cameras has made a big difference in the lives of these former poachers, the village, and the Russian snow leopards. The number of snow leopards has been rising and their population is expected to recover to normal levels within 10 years.

1.Why was no picture of snow leopards taken in six months?

B.The number of snow leopards in the wild was too small.

2.What did Sergei Spitsyn persuade Markov to do?

3.Why did the WWF begin working with local villagers?

A.To get some pictures of snow leopards.

D.To rent their horses at a low price.

4.How can we describe the WWF’s cooperation with the villagers?

Some people feel they don’t have time tovolunteer, seeing it as an activity that only benefits others. 1. This is how volunteering can change your own life.

★Volunteering helps learn new skills to improve your career outlook. It might be discovering how to use one program well. 3. Whatever volunteer experience you gain, there will be many chances to learn new practical, social and communication skills. They will help you grow as a human being.

★4. Volunteering provides you with a chance to get to know like-minded people. If you have a volunteer job that you both care deeply about, it’s likely that you meet those who have a lot in common as well. Whatever your passions and interests are, you can likely find a volunteer organization where you’ll be able to find your friends.

With these positive reasons to volunteer, it’s almost a form of self-care. 5. Find an organization involved in something you are crazy about and sign up as a volunteer. You never know just how much it will benefit you in the long term.

A. So what are you waiting for?

B. However, it can have a huge influence on yourself as well.

C. When you volunteer, you easily make friends with other volunteers.

D. Good connection with others is the most necessary thing all people need.

F. Is it great to help those less fortunate while seeing the world at the same time?

G. It can also be a chance to practice your second language skills with native speakers.

This morning I went out for breakfast. It was a lovely day. But what wasn’t so lovely was the lady who took our ______.

It was not a big deal, only that I noticed something unpleasant about her ______. She spoke in a way that was unhappy, certainly not friendly, and kind of ______.

It was her ______. She had the most unbelievably beautiful voice. It was so good. So

Thousands of us are eager to learn English well; many of us also dream of shining on stage as actors or actresses. But how about combining the two? Yes, act in English!

Wang Peihan, 1. student from Yunnan Secondary School, 2. (give) a part in the drama of King Lear. The young boy 3. (careful) watched the 20xx TV film version of the play over and over again, 4. enabled him to become an “expert” in this classic masterpiece. Learning 5. the actor Ian McKellen as Lear of the film, Wang understood King Lear’s character very well. “So the key point of my 6. (perform) is emotional expression,” he said.

However, the acting of a professional actor wasn’t always a help. It also put the students under pressure. “It was important not to be 7. (lose) in the famous film. We wrote some of the lines by 8. (we). It was both a challenge and encouragement 9. (use) our own language skills,” Wang explained.

By acting in English, the students not only have a fun time 10. (practise) English, but also gain insight into the beauty of different cultures.

Glad to hear from you.