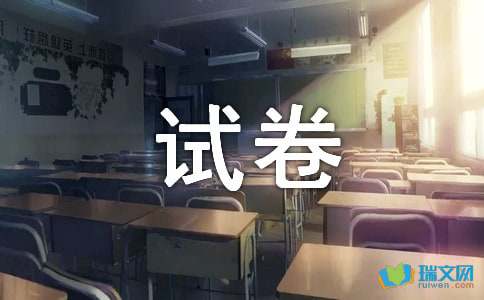 We have many trips for you to explore the world your way. Our travel ideas are as diverse as the world itself and are designed to let you experience it. Please start with the following four trips.

Visit Greek’s famous capital, Athens, and its largest island, Crete, on this Greece vacation. In Athens, tour the iconic Acropolis and head to nearby Delphi to see the home of the ancient Oracle, before flying to the island of Crete where you can explore its capital, Heraklion, and enjoy its world-famous diet of seafood and cheese.

Designed to thrill people of all ages, this family London vacation explores the sights, history and magic of this great city. Visit the world of Harry Potter, the original Madame Tussaud’s Wax Museum, and take the Original London Sightseeing Tour.

Explore the two most popular cities of Australia and New Zealand on this air-land tour. Start in Sydney, where you’ll tour the Sydney Opera House, sail across the famous harbour, and see koalas and kangaroos at Taronga Zoo. Then head on to Auckland where you’ll explore the twin harbours, learn about Maori traditions, and enjoy unbeatable views of the landscape.

This tour is a true classic designed to give the traveler with limited time a superb introduction to the civilization of Ancient Egypt, focusing on the Nile and its importance to the people. The ancient land of Egypt inspires the imagination like no other. Unlock the land of the Pharaohs on this 9 day journey along the Nile.

1.Which trip is more likely taken by a newly-married couple

A.have the same trip type B.take more than one week

4.Where is the text probably taken from

A few hours after my first mission, returning to Earth on the space shuttle Endeavour, I completed all of my medical tests after flight, met with NASA officials, and reunited with my family. Finally, I was alone in my office room in astronaut crew quarters at the Kennedy Space Center, exhausted and ready for bed. And I did what anyone does when they return to their hotel room on a business trip: I turned on the TV. The television news started up: Such and such had happened, people were shocked, blah blah blah. Sports scores. Silly commercials.

It didn’t take more than a minute before I had to turn it off. It felt like my body was rejecting all this input, just as it would reject an organ donation that had the wrong blood type. All of this noise was just completely foreign to who I was―or, more appropriately, who I had become. A few hours before, I had been orbiting Earth, seeing our planet from space, flying the most amazing machine ever built by human hands, working with a team that was the absolute success of human. And now here in my room watching what was being sold as news, and with my newfound perspective, I just could not stomach it. My worldview was changed forever in a profound (深刻的) way.

The biggest change by far and the one for which I will always be most grateful is this big-picture perspective. That will stick with me for the rest of my life.

Whenever I feel the pressure of modern life, the stress about work, or worry about the future, I remember my time in the space station. Back to seeing the sun set Or watching our galaxy rise on the horizon. Or seeing a sea of lightning flash a hundred times a second. Or simply back to floating weightlessly.

When I’m there in my mind and realize how many billions of these beautiful sunsets there have been and will be in the future, the cares of the world just don’t seem that pressing. It goes that, “Do not worry about tomorrow, for tomorrow will worry about itself.” Living daily life down here on the planet is so much better with this attitude!

1.Which of the following is closest in meaning to the underlined word stomach in paragraph 2

2.What is the most important change to the writer

A.He has a broader view of the world.

C.He will always be most grateful for everything.

D.He can fly the most amazing machine by hands.

3.What attitude to life does the writer tend to have

A.caged bird longs for clouds. B.Live in the present moment.

Sales of Apple’s new iPhone 11 in China began on Friday, but were met with a cooler reception from consumers than in previous years. Unlike in previous years, no long lines were seen outside Chinese shops on Friday for the new iPhone, and the product release only made the headlines in a few media outlets.

Huawei unveiled（公布）its Mate 30 smartphone series on Thursday night. Its new devices have won consumers’ hearts at home and abroad. Many compared it with Apple’s new iPhone 11, saying that beats the new iPhone in terms of innovation and quality. One customer surnamed Zhao, an IT specialist who pre-ordered a Mate 30 Pro on Friday, said that he chose Mate 30 without hesitation. Zhao said, “ It’s obvious that Huawei’s new phone with its advanced 5G mode would lead the future global telecommunication market, and its new innovative features in gesture and side control attracted my attention, too.”

In contrast with iPhone 11’s lukewarm（冷淡的）sales, Chinese netizens have engaged in discussions on Mate 30 and Mate 30 Pro. An online poll on the Mate 30 and iPhone 11 on Weibo on Friday showed that more than 60 percent of netizens chose the Mate 30, while less than 20 percent chose the iPhone 11. Many chose Huawei not out of patriotism （爱国主义）but for its technology.

Overseas consumers also engaged in active discussions on Huawei’s new flagship devices on technology sites and social media platforms. On Twitter, many netizens said “nice”, “best phone ever” and “my favorite one” on Huawei’s Twitter account. Some netizens in countries like the UK, the Netherlands and Argentina asked when Huawei’s new devices would be released in their countries.

1.How did customers react to Apple’s new product

A.They thought it was cool to use it.

B.They stood in long lines to purchase it.

C.They thought its quality was worse than before.

D.They were less interested in it than former years.

2.In what aspect is Mate 30 better than iPhone 11 according to paragraph 2

A.The price and the weight. B.The appearance and the speed.

3.What does the underlined word “poll” in paragraph 3 probably mean

4.What could be the best title for the text

Garbage sorting has become a hot issue around China, especially after Shanghai began carrying out a regulation on July 1.

Beijing, as a forerunner in environmental protection, has thus been expected to follow suit. The capital of the country has long been campaigning for sorting and recycling household waste, as part of its environmental drive for sustainable growth, local media reported.

The current regulation gives garbage sorting responsibilities to government departments, property management groups and other organizations. It also gives rules for companies, outlining how they’re responsible for waste collection, transportation and treatment. Only individuals are not subject to responsibilities.

The long-awaited revision will soon change the situation, “Taking out the trash without sorting it properly will be illegal,” said Sun Xinjun, director of the Beijing Commission of Urban Management. In Shanghai, violators are now fined up to 200 yuan ($30)for trash-sorting violations. The maximum fine in Beijing will not be less than that, he said.

The Beijing city government first set out to promote garbage sorting in 20xx. Authorities have since called on citizens to sort their household waste into four types-recyclable waste, kitchen trash, dangerous waste and others-and leave it in a corresponding dustbin or trash can. Blue-colored dustbins signify items within are recyclable, green represents kitchen trash, red corresponds to dangerous materials and grey to other waste.

To promote the awareness of garbage sorting and expand the base of participants, authorities have employed workers to help residents on the spot. With intelligent devices, those who throw in recyclable waste at given sites will be rewarded with bonus points, which can be used to buy daily goods. At some communities, there are no color-coded dustbins. Instead, a scheduled garbage collection service is offered to help improve the environment. In other communities, workers offer a door-to-door service to collect recyclables or kitchen waste.

1.According to the passage, which dustbins should some used coke cans be thrown into

A.new technology has been applied to help deal with garbage

B.Beijing carried out a more severe rule on garbage sorting than Shanghai

C.the change of the current regulation has aroused objection among citizens

D.the amount of household waste in Beijing is far from something disturbing

3.What is the best title for the text

You may have grown up living with lots of siblings, or this may be your first time sharing your living space with someone else. 1. Follow these tips to make sure you and your roommate keep things pleasant and supportive throughout the year (or even years)!

Be clear about your expectations from the beginning. Do you know in advance that you hate it when someone hits the snooze button (贪睡闹铃) fifteen times every morning That you’re a neat freak (怪人) That you need ten minutes to yourself before talking to anyone after you wake up 2. It’s not fair to expect him or her to pick up on them right away, and communicating what you need is one of the best ways to avoid problems before they become problems.

Address problems when they’re little. Is your roommate always forgetting her things for the shower, and taking yours 3. Addressing things that annoy you while they’re still little can help your roommate be aware of something she may not otherwise know. And addressing little things is much easier than addressing them after they’ve become big.

4. This may seem simple, but it’s probably one of the biggest reasons why roommates experience conflict. Don’t think he’ll mind if you borrow his shoes for a quick soccer game For all you know, you just stepped over an uncrossable line. Don’t borrow, use, or take anything without getting permission first.

A. Be open to new ideas and experiences.

B. Respect all the things that belong to your roommate.

C. You may love having your study group into your room.

D. Expect to learn, grow and change during the time in the college.

E. Are your clothes being borrowed faster than you can wash them

F. Let your roommate know as soon as you can about your little preferences.

G. Having a roommate can be both a challenge and a great part of your college experience.

A UK-wide survey undertaken by Sunday Times suggests that one in four of us has not _________ a letter for at least 10 years. That’s ten years without the bitter-sweet _________ of pacing the floor waiting for the _________; ten years without recognizing the handwriting on the envelope and eagerly _________ the letter to read its content.

Who wouldn’t love to receive a letter like that Let’s get writing!

Last summer, I got a part-time job as a waiter. I worked hard and very helpful. Everyone in a restaurant including some regular customer liked me. One day, a foreign couple in their fifties entered into the restaurant. I was happy to have a chance to practise their spoken English. I went up to greet them warm. After I took their order, I told them their food will be served quickly because we Chinese respected the elderly. Heard my words, a look of displeasure appeared on the wife’s face. Seeing my confusing look, her husband explained to me the westerners disliked the description “old”. I apologized to them but realized the importance of knowing cultural differences.