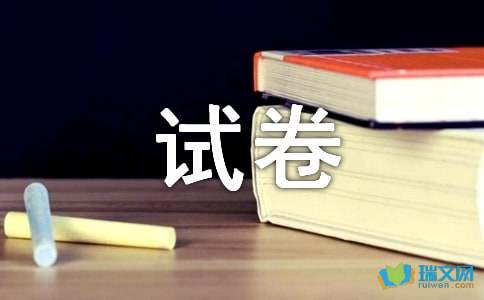 Dining halls of the Hilton Wuhan Riverside have been busting with military personnel ever since the first delegations 24 and staff of the International Sports Military Council (CISM ) started checking into the hotel over a week ago.

This marks the first time China is staging a CISM event, with nearly 10,000 participants attending the 7th Military World Games in Wuhan. Many of them, along with some of the staff from CISM and the organizing committee, are staying at the Hilton Wuhan Riverside.

Dharmendra Singh from India doesn’t belong to either category of guests, even though his military-style haircut and two pins - a CISM pin and a Wuhan 20xx Games pin - on the lapel of his black suit might suggest otherwise. His ability to talk in Mandarin complicates things even further.

Singh is in charge of tending to the guests at the hotel, in particular those who take their meals in the dining halls. Yet, by his own admission, the 31-year-old, who has been a chef at the Hilton for nearly two years, feels as though he is also part of the “army family” at the hotel, and being part of Wuhan Games is fulfilling his “army dream”.

As a teen, he dreamed about serving his country as a soldier. However, the pressure of being the older of the two siblings in a financially challenged family meant Singh had to put his military dream on hold. To provide for his parents and younger brother, at 17 he set out to earn an income by making use of his culinary (烹饪的) skills.

“And, as fate would have it, a friend helped me get a job at the hotel.”

Pointing to the Wuhan Games and CISM pins that two diners gave him, Singh added: “Military people command respect due to their selflessness and honesty towards their work. I am glad that I am able to serve them and to honor their commitment to serve their nations.”

By the time the Games end on Oct 27, some of the guests might have handed Singh a few more pins to add to his collection; others might say goodbye with just a “thank you”.? Either way, he will remain grateful to them for providing memories for a lifetime.

1.What can we learn from paragraph three?

B.Singh’s identity seems to be confusing.

C.Singh tends to wear a black suit every day.

D.Singh pretends to be one of the staff of CISM.

2.Why will Singh be grateful to his guests?

A.Because they may show respect to him.

B.Because they will give him precious memories.

C.Because they will present him with some decorations.

D.Because they may help fulfill his dream to be a soldier.

3.Which may be the best title of the passage?

C.The thrill of World Military Game.D.Closing with a cultural flourish.

??? Humans may have been enjoying cacao, which has been used to make chocolate, for much longer than experts had thought.

Researchers at the University of British Columbia in Canada have found that humans grew cacao trees and consumed (食用) cacao starting around 5,300 years ago.

The researchers found evidence of cacao’s use at an ancient village in the highlands of southeastern Ecuador. They examined the remains of very old objects. The village was part of the Mayo-Chinchipe culture of the Andes.

Scientists had already mostly agreed that cacao was first domesticated in South America instead of Central America, as they once believed. But the new discovery shows cacao was grown about 1,500 years earlier than was known before.

The University of British Columbia researchers also identified (证实) a substance found in the cacao tree but not in its wild relatives. This suggests that humans grew the tree for food purposes.

Today, the seeds are cooked and turned into many chocolate products.? But thousands of years ago, cacao was used to make drinks.

Michael Blake is a professor of University of British Columbia who helped lead the study. He said that the objects on which cacao was found suggest a lot about how people used the substance at the time.

“They clearly drank it,” Blake told the Reuters news service.

Evidence suggests cacao growing moved into Central America and Mexico about 4,000 years ago. It is not clear how cacao’s use spread between South and Central America.

But by the time Spanish explorers arrived in Central America in the late 1400s, people were using it to make hot and cold chocolate drinks with spices.

By the 1580s, Spain began importing cacao and spreading it to other European countries. By the 1800s, technology developed in the Netherlands made it possible to turn cacao into a solid chocolate product.

1.Where was cacao grown earliest?

2.When it comes to the introduction of cacao to Europe, which country contributed most?

3.Which of the following can serve as a best possible title for this passage?

C.The use of cacao.D.The spreading or cacao.

??? ON TUESDAY, the Shenzhen team of Blue Sky Rescue, a domestic nonprofit civil rescue team, confirmed that two of its members had died trying to rescue 24 tourists who had got into difficulties.

According to the official news, it was on Monday that the rescue team received a telephone call from 24 travelers, who were trapped in a river valley, with a storm on the way and one of the female travelers being badly injured.

The team responded immediately. However, when they helped the travelers, two team members got trapped by the rising river water. The next day, they were confirmed dead.

The two heroes who gave their own lives to save others are being mourned by all.

Who can rescue the rescuers? The question aroused a heated discussion among people. Most of them think we would rather such “heroic deeds” were not required. However, that depends on people being more sensible. we would rather such “heroic deeds” were not required. In the past several years, there have been many cases in which travelers, ignoring the signs saying certain areas are dangerous and off-limits, still have kept on “exploring” unpaved and unmarked regions and ended up needing to be rescued. By so doing, they put not only their own lives at risk but also the lives of those who go to their aid.

In this case, although the travelers may have been in an authorized area, they ignored the warnings of an approaching typhoon. It was extremely reckless (鲁莽的) of them to travel into the wild on such a day, as the local weather forecast had warned people against the impending typhoon. Two rescuers have lost their lives because of the thoughtlessness of others.

Although the majority of travelers behave properly, some attempt challenging tasks that are obviously beyond their abilities.

The law has already made it clear that if a traveler or group gets into difficulties when entering unauthorized regions, they must bear the costs of the rescue operations. The regulations need strengthening to deter travelers from putting their own lives and the lives of others at risk.

1.What happened to a woman traveler?

2.What is the writer’s attitude towards some tourists?

3.What does the underlined word deter in the last paragraph mean?

4.What can be a suitable title for this passage?

??? I always loved jokes and cartoons. They can be serious as they point out the silliness in our lives, convey a wise message of wisdom and at the same time bring a smile. Sometimes there is little difference between a joke and life wisdom. 1..

I started collecting jokes I received from different sources over a period of some 25 years. For the book I chose for an “Anglo-Saxon” collection. They are typical for the US, Canada, UK, Australia and New Zealand.

Where are they from? Who wrote them? 2., Most are everywhere, floating anonymously (匿名地)? on the internet, and circulate among friends, e-mails, chat groups and mailing lists. Many come up over a beer.

The language of humor is not universal and translating into another language mostly does not work. 3.. Living in China for a long time, I gave up telling jokes as our Chinese friends find nothing funny in them and they can lead to misunderstandings. 4.. Trying to translate Chinese jokes also would mostly fail to convey anything “funny” for us Westerners; I can say I cannot recall any Chinese joke.

While at a first sight the book may not be interesting to Chinese readers, due to the cultural differences, 5., as well as to learn a different vocabulary. Also, for those who deal with Westerners, here in China or when abroad, they might surprise their foreign friends by serving them some jokes they can appreciate.

A. Different cultures have a different understanding of what is “funny”

B. Generally speaking, nobody knows the original source

C. they wonder why there are so many about the Westerners

D. Worse, they start asking a million questions of the why and what and how

F. Most Chinese are totally unfamiliar with the Western world of jokes, they are puzzled or even shocked

G. it is a nice tool for our friends to learn about typical Western humor

??? Colorado’s grey peak rises 14,278 feet above sea level, high enough that trees can’t grow toward the top. It was in this unforgiving land of the mountain that Jane was ________ enough to break her left knee.

Then she heard the crack.

Frost’s Descent is the last solar term of autumn, during 1. time the weather becomes much 2. (cold) than before and frost begins to appear. As Frosts Descent comes, the world 3. (fill) with the atmosphere of late autumn. 4. (eat) persimmons (柿子) during Frost’s Descent can help people resist the cold and protect 5. bones.

People in areas such as Daxin county in Guangxi Zhuang autonomous region celebrate the first day of Frost’s Descent. In the Frost’s Descent Festival, the Zhuang people offer 9. (sacrifice), dance and sing folk songs. 10. a history of more than 360 years, the festival is to commemorate Cen Yuyin, a heroine in battles against foreign aggression.

Hearing that you are looking for a Chinese calligraphy teacher. I am writing to introduce Ms. Li to you.

A young man and a young girl fell in love. But the man came from a poor family. The girl’s parents weren’t too happy. So the young man decided not only to please the girl but to please her parents as well. In time, the parents saw that he was a good man and was worthy of their daughters hand.

But there was another problem: The man was a soldier. Soon, war broke out and he was being sent overseas for a year. The week before he left, the man knelt on his knee and asked his lady love, “Will you marry me?” She wept happy tears, said yes, and they were engaged. They agreed that when he got back in one year, they would get married.

But tragedy struck. A few days after he left, the girl had a major vehicular accident. It was a head-on collision. When she woke up in the hospital, she saw her father and mother crying. Immediately, she knew that she must have been badly injured.

She later found out that she suffered brain injury. The part of her brain that controlled her face muscles was damaged. Her once lovely face was now disfigured.

She cried as she saw herself in the mirror. “Yesterday I was beautiful. Today, I’m a monster.” Her body was also covered with so many ugly wounds. Right there and then, she decided to release her fiancé (未婚夫) from their promise. She knew he wouldn’t want her anymore. She would forget about him and never see him again.

But after one year, the mother walked into her room and announced, “He’s back from the war.” The girl shouted, “No! Please don’t tell him about me. Don’t tell him I’m here!”

The mother said, “He’s getting married,” and handed her a wedding invitation.

That was when the young man entered her room with a bouquet of flowers.